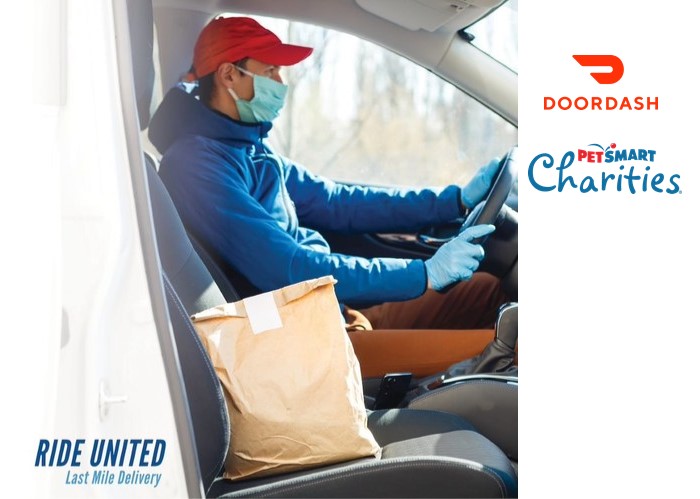 HENDERSON COUNTY–United Way of Henderson County is leading the launch of a program that teams local partners together to bring food and other items to those in need – including pets – using DoorDash’s last-mile logistics platform and community of Dashers.
Since 2020, the Ride United Last Mile Delivery initiative has provided more than 650,000 deliveries that include an estimated 8.1 million meals. Ride United officially kicked off in Henderson County Feb. 1, said United Way of Henderson County Executive Director Kilena Underwood.
Another part that helps pets through the same program started March 3. “I can’t tell how many times we have stories of people who will get Meals on Wheels packaged meals and give half or all of it to their pets,” Underwood said.
Currently, United Way of Henderson County’s Ride United program is one of 32 such delivery services around the country and one of two in Texas, Underwood said. PetSmart Charities, which sponsors the pet portion of the program, selected United Way of Henderson County’s Ride United as one of seven such programs to help fund in the United States, she added, partly because there isn’t a PetSmart facility nearby.
“They (PetSmart Charities) identified us as very well-deserving for this kind of support,” Underwood said.
United Way of Henderson County has held organizational breakfast meetings to get things started locally, Feb. 23 at Maggie’s House in Athens and March 9 at Hometown Cinemas in Gun Barrel City. “It was a huge success,” Underwood said. “I want more turnout because I want to help as many people as I can.”
Underwood added, “We will continue to add partners throughout the year, as many as we can get,” stating that with high gas prices, “we anticipate our program will be used more than imagined.”
The Chandler and Kemp areas are the next places Henderson County’s Ride United partners will discuss serving, she said. The meetings around the county will help ensure the program delivers “as far and deep into the county as possible to provide door-to-door delivery,” Underwood added.
The local program ran 15 test deliveries in early March to make sure the software was used properly “and it went smoothly,” Underwood said. Henderson County’s goal is 3,600 deliveries per year, Underwood said, with PetSmart Charities kicking in another 2,000 deliveries to total 5,600. PetSmart Charities has committed to continue to support the program even if the total is exceeded, Underwood added.
Underwood said Ride United also is looking to add local partners who are already doing food-delivery services, such as Meals on Wheels. By using the DoorDash platform, “it would allow them to prepare more meals instead of worrying about driving,” according to Underwood. The program isn’t limited to nonprofit organizations, she said further. “We’re looking for everybody,” the executive director said.
Underwood said Henderson County has a population that trends toward rural and senior demographics “and we just check all the boxes” to overcome food instability. “It could be something to be replicated throughout the country because we are not alone,” she added.
Besides food and pet supplies, typical items eligible for free delivery include emergency preparedness supplies and personal protective equipment (PPE); school supplies and schoolwork packets, including educational items to support remote learning; baby/infant supplies; senior supplies; hygiene items/feminine care products; special Thanksgiving and December holiday meals prepared by local restaurants; gift cards/vouchers for clients to purchase essential items; mental health kits/items; and weather appropriate clothing/goods.
“We’re kind of boundless,” Underwood said. “It’s only left to your imagination.”
For more information, for assistance or if you want to help, call the United Way at (903) 288-2808. You can also call what Underwood calls United Way’s first point of contact, the Henderson County HELP Center, at (903) 675-4357. 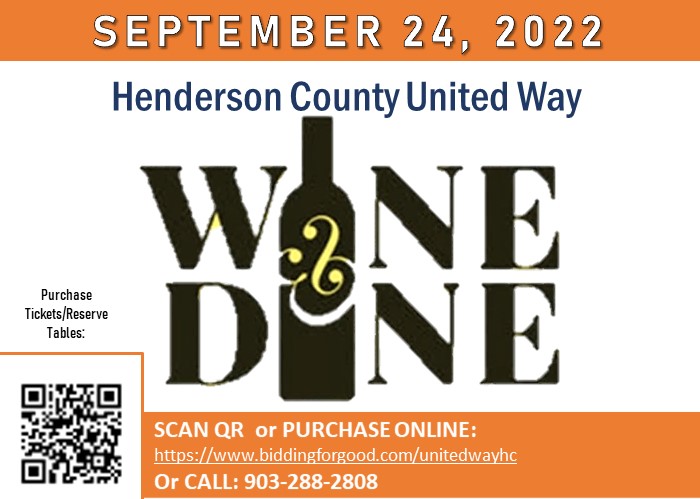 All the ways you can live united, delivered to your inbox.